Already thinking of waving goodbye to ever owning a house at the thought of going for lunch at the C Restaurant? That’s how we felt. Even after being in Perth for 10 + years we had never stepped foot in the C Restaurant and any mention of it made us cringe. Boy were we wrong. Hence why we’ve decided to put together this C Restaurant review.

The thing is, when you really think about it, the C Restaurant is not even that expensive. WAIT, don’t roll your eyes and click off. We’re serious.

Here’s the breakdown of our dining experience and the costs:

Now we need to warn you, we went extravagant because we had $250 in vouchers from Lydia’s birthday. And as opposed to having two separate trips we wanted to live by the saying ‘go hard or go home’ and go all out in one trip.

But if you think about it, if you went for lunch and had a meal each and a cocktail each (like a normal person would!), the total cost would be approximately $120 – considerably less so if you had a glass of wine instead (or just water). While that’s expensive compared to fast food (2x medium big mac meals = $21.70), or a meal at Grill’d (2x burgers , 2x chips, 2 drinks = approx. $45). Don’t compare it to a typical meal, compare it to a fancy meal out (which it is!), let’s say 2 mains and 2 cocktails at the Rockpool Bar and Grill, which would come to approximately the same price (if not, more).

Okay now enough of the money side of things because honestly, if we didn’t have vouchers we probably wouldn’t have gone to the C Restaurant because we’re extremely money conscious (and a little stingy!). And while we wouldn’t recommend being frequent diners of the C Restaurant (unless you’re balling – I mean you do you!), we would recommend saving up and going to the C Restaurant at one point in your life, purely for the experience.

The C Restaurant was BEAUTIFUL. From the moment those elevator doors opened we felt pampered, the staff immediately greeted us upon entry and walked us to our table. Seating us next to the window, giving us clear views of the city around us. The staff remained just as attentive throughout the entire experience, they continuously made sure we were okay and brought over our meals politely and promptly, although we’re sure behind the scenes they must have been giggling about how much food we ordered! It’s safe to say the service was exceptional.

The views were out of this world, there wasn’t one moment we weren’t awed by the incredible views around us, we simply never wanted to leave. The feeling of sitting there, being pampered and eating great food in such a fantastic atmosphere was unreal.

Okay now what you’ve all been waiting for; the food. Just a quick reminder after all of that blabber about costs and views, our food consisted of; gnocchi, pork belly, fries, a sorbet selection, apple crumble crème brulee, honey pannacotta and chocolate and cherry mousse.

First up the gnocchi, which was my dish. Now I’m not a gnocchi connoisseur, and to be honest, I’d actually never eaten a gnocchi dish prior to this day (yes I know right – sad), so I can’t say I can distinguish between the best gnocchi in the world and the worst gnocchi in the world (although after our experience at the C Restaurant we came home and tried to make gnocchi ourselves from a packet bought at Coles – safe to say it was nowhere as good as the gnocchi at the C Restaurant!). But the dish as a whole was delicious. The gnocchi was soft and pillow-y and the sauce was creamy and flavourful, I’d definitely eat it again.

Next up the pork belly, which was Wehan’s dish. Wehan is currently playing games as I write this. I just walked over to him and said “babe how was your pork belly at the C Restaurant” to which his response was “mm delishhhh” accompanied by an ‘ok’ hand gesture. I did take a couple bites of Wehan’s dish and he’s right is was delish.

Next up, the desserts.

First up, the sorbet selection. Now we aren’t huge fans of sorbet, I mean it’s okay and we think it’s delicious but we’re more of a heavy, gooey dessert type people. Give us a gooey fudge brownie and you’ve won us over. The sorbets we had however were delicious. There was a scoop of strawberry, which didn’t have that nasty artificial taste that strawberry flavoured sorbert usually has, it tasted like it was packed full of real strawberries (which was fantastic!). Then there was a scoop of passionfruit which also packed a punch – a pretty delicious one at that. And a scoop of coconut – which was creamy and delicious. All three of which were upon a pastry base, which was an average pastry.

Next up, the apple crumble crème brulee, which seems to be a popular choice for those visiting the C Restaurant. This dessert was also delicious, it was a very light dessert that was sweet (but not too sweet) and was incredibly refreshing.

Thirdly we had the honey pannacotta, which similarly to the apple crumble crème brulee was quite a light dessert. The combination of flavours was delicious with each element of the dish complementing the other perfectly. Aside from the taste this dessert was beautiful, featuring a cute little bee!

Finally, the milk chocolate and cherry mousse which in contrast to the other desserts was quite rich. Although rich the dessert as a whole was not sickly. It was, like the other dishes, delicious, and paired with cherries it was also packed full of flavour.

So that’s it food wise. Now onto the drinks!

The stand out of the drinks was the liqueur affogato. At only $15 this drink was a bargain. Featuring a shot of baileys cream, a shot of espresso coffee and vanilla gelato this drink was a dessert in itself, it was creamy, sweet and delicious.

The lemon meringue cocktail and the sour apple martini were the two cocktails we were first given. Both were sour drinks that had a sour tang (which is perfect if you love drinks that have a tang – which Lydia does). They were both delicious and were extremely refreshing – starting off the meal with a bang (or should we say tang).

Two of the other drinks we had were the white Russian cocktail and the mixed berry bourbon iced tea. The white Russian cocktail was also a sweet creamy drink which we loved (but if you don’t have a sweet tooth steer clear of this one!). The mixed berry bourbon iced tea was the only drink that we weren’t too fond of. The drink was okay but the combo of bourbon and sweet iced tea was not our favourite.

That’s it. Honestly we had a fantastic day and we would 100% recommend visiting the C Restaurant at some point in your life. It’s totally worth saving up and going to the restaurant for a special occasion – whether that’s a birthday, an anniversary or when you just need a day to spoil yourself.

We really hope you’ve enjoyed our C Restaurant review – which is actually our first blog post ever on our new site! Make sure to follow our socials to stay up to date with any future posts. 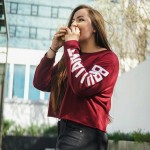 Hey! I’m Lydia, one half of Foodie Couple Adventures. Alongside loving food and travel, I’m a marketing maniac. I currently work in digital marketing and am extremely passionate about it! Blogwise I usually write business advice, lifestyle, relationship talk, recipe, food and travel blogs.

You may also enjoy: Hey, welcome to our site! We're Lydia & Wehan. Highschool sweethearts who share their meals (and lives!) on the internet.

It’s hard to explain what we are. Some would call us perth food bloggers,food photographers, content creators or influencers.. but really we are just two people who love food and each other!

Hey, welcome to our site! We’re Lydia & Wehan. Highschool sweethearts who share their meals (and lives!) on the internet.
It’s hard to explain what we are. Some would call us Perth food bloggers, food photographers, content creators or influencers.. but really we are just two people who love food and each other!
I’d like to be able to tell you what to expect from this site but honestly it’s just a mish mosh of our lives. Sometimes we’ll post about the places we go and the food we eat, other times we’ll post about our relationship and our home life.
Overtime our website has grown to include food blogs (primarily in the Perth food scene), recipes, lifestyle blogs, travel blogs and business advice.
In addition to sharing our lives on the internet (including on this blog!) we’re a Perth based food photography duo. Offering our commercial food photography services to a range of different businesses, including restaurants and cafes!
Instagram | 5662
Facebook | 100
YouTube | 21
6   71
3   54
13   61
12   118
8   71
4   114